One thing that you’ve probably heard before if you’ve gone camping is ‘leaving the space cleaner than how you found it.’ That’s always been something I’ve taken to heart over the years and not just while camping.

With the upcoming New Year and resolutions with it, I was thinking of what I’d be able to do to improve my low waste goals. I’d been pretty good about most of my goals for 2018… except for the ‘eat less sugar’ and ‘do more weight training.’ Admittedly in these last few months, my low-waste motivation was wavering. I’d tried to do such a good job, but I still saw hundreds of people’s trash everywhere and it didn’t feel like I was making a difference. So why was I trying so hard? That’s when I thought of what my new resolution would be. I’d pick up trash. 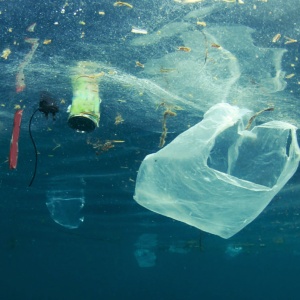 Since I’m sick of seeing everyone else’s trash, I’d pick it up. Plus, with me doing something outside in some very high traffic areas, my chances of being noticed would be higher. Not that I’m doing this for the idea of getting recognition, but hopefully just serving as a reminder to people to put their trash in the right spots. Also, my hope is to show other people that they could be picking up trash too.

I’ve technically already started my New Years resolution since I didn’t want to wait until the. This is something that I really care about and wanted to get started right away. Plus, living in an area that snows, I wanted to pick up as much as I possibly could before it started seriously snowing.

It’s only been a few weeks but I can already tell that this is one of my favorite goals yet. It has not only re-inspired me in my low waste goals, but it really made me take a look at my own habits and how I could improve. For example, I’ve seen a lot of drink containers and candy wrappers. While my reusable cup has been a significant help in cutting my waste, it’s only one beverage that I really improved on. I can still cut down on my alcohol/sparkling water habits. Also, I impulse buy a lot of snacks and candy. I know where I can get bulk snacks, but I need to be better about planning ahead and eating better in general (see goal from last year).

It’s also been a great goal just because it gets me outside, even if it’s just for a little bit. I love being outside. However, I find it really hard to enjoy when the temperatures drop. This way I at least am getting a little bit of exercise.

I also love seeing even just a little bit of improvement. Despite the overwhelming amount of garbage I see, I can make some of it nice by just spending 10 to 30 minutes picking stuff up. On one of my first pickups I didn’t have a bag with me, so I just used one of the cups I’d grabbed to put trash in. It was just a small garden bed, but I made sure to grab every single thing I saw that didn’t belong. Little cellophane wrappers, cigarette butts, and more all got picked up. It wasn’t too much, but it made the cigarette filled container more beautiful.